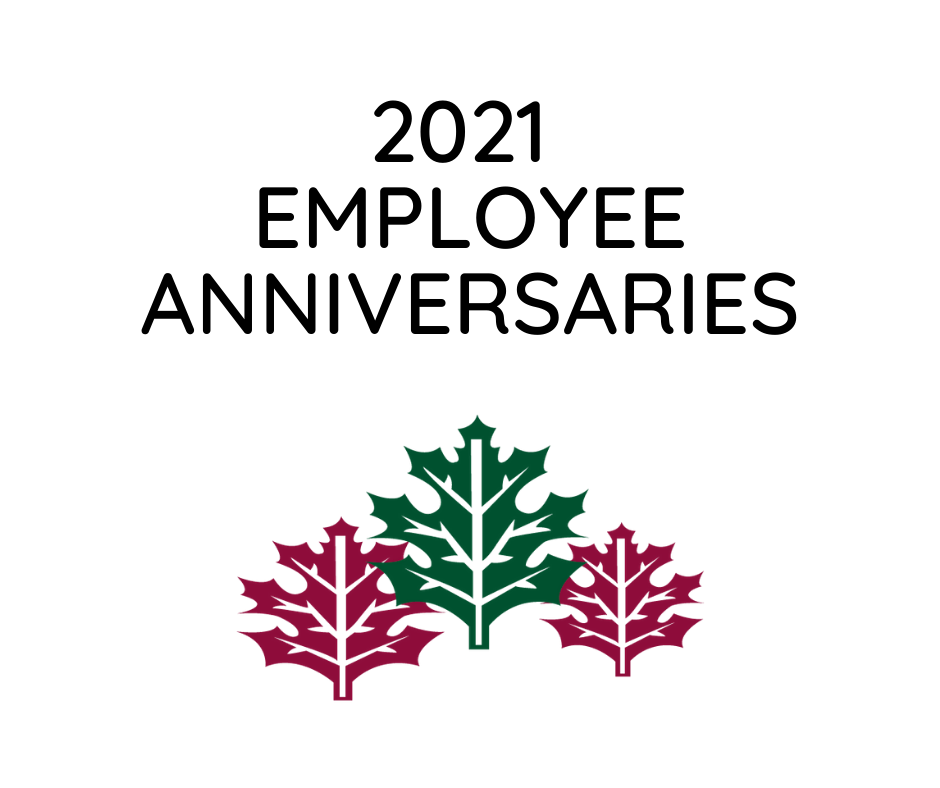 Clarence Davids & Company is proud to have so many long-term employees. It is because of the commitment of our staff that we are able to be a consistent leader in the landscape industry. Below are some comments from Bill Davids regarding each employee celebrating an anniversary this year.

Constantino was our first in house mechanic when we were located in Blue Island. He was later promoted to lead mechanic at the Plainfield shop and now serves faithfully as head mechanic in Matteson. Constantino has been a joy to work with and is always willing to go the extra mile.

Rodolfo brings four decades of dedication and experience to Clarence Davids & Co. He maintains a variety of accounts and his communication skills are of great value to the company and the clients he serves.

Roman is a pillar of dedication and experience. His attention to detail is showcased on his routes which contribute to his remarkable client retention rates. A true crew leader, he inspires everybody around him.

Cesario started at the old Blue Island Office as a laborer, was promoted to foreman and later to project manager. He oversees foremen and crews as they install everything from annuals to patios. He is passionate about his jobs and is undeniably respected by everybody inside and outside of Clarence Davids & Co.

Francisco takes care of large commercial and multi-family residential clients. He is always at the top of his game and takes great pride in his work. Francisco is very fortunate to work with an amazing crew. They work flawlessly together as a well oiled machine.

For 35 years, Jose has been a dedicated, hardworking and loyal employee. Jose maintains one of our newest maintenance accounts. He also is a key team member for our lawn care department and snow accounts.

Samuel began as a crew member and was promoted to a foreman after 15 years. His cheerful smile and friendly demeanor brightens our client’s day. He is well liked and goes out of his way to take care of any special requests.

“I have been so blessed to be able to work alongside my wife for over 30 years,” says company President Bill Davids.  Debbie brings such inspiration and warmth to the company. She is a dedicated, hardworking leader. Debbie has the gift of a servant’s heart which she shares with us all.

Ciro has worked in a lot of departments at Clarence Davids & Co. including lawn care, maintenance, garage and landscaping. He manages all deliveries and nursery stock, setting up all the crews for each day.

Ciro is willing to work at whatever, wherever we need him with efficiency.

Guadalupe has a positive attitude and can do spirit that is appreciated by all. Setting the tone for his coworkers, this seasoned veteran brings invaluable experience to the crew.

With 25 years of service, Jorge is a reliable asset to Clarence Davids & Co. Jorge works on his brother, Roman’s, crew and is considered his right-hand man. Jorge also is an integral part of our snow operations downtown.

Jose is our main downtown foreman who works out of our satellite yard in the city. Along with his crew, they are responsible for all the care, detail and expertise at a number of high profile clients in the central business district in Chicago.

Jose Ortiz started in the yard helping to organize plant material and annuals in Plainfield. However, Jose’s talents could not be limited to just that office. Now Jose works most of the year in production and is also invaluable member for snow removal operations in the city.

Marcos is among the most dependable workers at Clarence Davids & Co. As a mechanic’s helper he is extremely hardworking and very knowledgeable on all equipment. During the winter snows, he is a skilled skid-steer operator.

Starting as a landscape laborer, Miguel was promoted to his current position of landscape foreman. He has worked on a whole range of landscaping projects that Clarence Davids & Co. has installed. With his incredible work ethic, Miguel inspires great comradery among the men on his crew.

Octavio has filled many positions here at Clarence Davids & Co., making him an integral part of our Ingleside team. He is very organized, professional and knowledgeable. A great leader, Octavio always represents himself and our company well.

Rodolfo brings many years of experience to our maintenance department. He is a key team member on the crew that maintains a premier townhome community. Rodolfo’s work ethic is genuinely appreciated.

Antonio is our watering guy! He will work any time or day to keep your landscapes free from thirst. Antonio is fortunate to have his wife work alongside him.

Eduardo is the most easygoing, caring and hardworking crew member a foreman could hope to have. He is always punctual, calm and friendly. He is a great asset to the team.

Heading up our swing crew, Francisco’s expertise shines in shrub pruning and trimming. We are grateful that he shares his talents with us every day. In the off-season he likes to grow avocados in Mexico!

Gervacio brings out the best in those around him. He is a source of inspiration and motivation to all of his coworkers. Gervacio’s contribution and commitment to our work is unmatched.

Gonzalo is a licensed lawn care operator and leads our weed control crew at a large industrial site. Every day he sets high standards and his crew looks up to him because of his strong leadership.

Guillermo, a landscape swing crew foreman, specializes in annual flower installations. Every day his goal is to make our client’s sites look spectacular. Ever reliable, Guillermo is always willing to do what it takes to get the job done.

Idilfonso is a perfect example of loyalty! He always has a positive can-do attitude. Clarence Davids & Co. is grateful for having him these past 20 years.

When you think of Jose; friendly, energetic and hardworking are the words that best describe him. He is a great team player and example to all. Jose is very dependable and always available during snow falls especially to keep our hospitals safe and clear.

Throughout the typical day, Karen switches hats many times, completing a multitude of tasks.  With her unwavering work ethic, Karen is one of the most dependable and reliable members of the office staff. She deserves five-star recognition!

Rafael started in the maintenance department. He quickly moved to the landscaping department where he excelled as a foreman.  With passion for hardscaping, he earned a promotion to project manager. He now oversees some of our largest landscaping installations. Rafael is always positive and easy going.

While she really does not have a minute to spare, Brenda is always willing to help out on any issue. Day in and day out she is inundated with non-stop paperwork. Her efficiency, thoroughness and commitment to Clarence Davids & Co. makes her a treasured asset to us and our vendors.

Carlos’s great attitude, punctuality and team spirit are a credit to him. He exudes great confidence as one of the top performing workers on his crew. Carlos is very dependable during the winter with our snow removal operations.

Over the years, Ismael has demonstrated strength and support in the landscaping department. Quiet and gentle, his force of character enhances and inspires the team. Ismael is a key player at the Men’s US Open Golf Championship.

Always ready to meet our needs, Martha can be found downtown daily very early in the morning. She uses her expertise to water and maintain our urban plantings with tender love and care. Her precision and attention to detail are a wonder.

The Landscape Values of the Chicagoland Clarence Davids Team: